Blackfriars 1 - from the Within series II (2013), image size: 249x120cm - limited edition of 8
It is a rare for a work in progress to have inspired editors on both sides of the Channel to commission works for publication - firstly on the cover of The Sunday Times followed by a four page spread in Le Monde; and it is certainly no mean feat to allure the Arts Council to proffer an open wallet to carry on. Such is the fascination of the ‘Within’ series, a work in progress that Brighton based photographer André Lichtenberg is piecing together street by street.

The inspiration for the series came from his childhood experience “As a young boy in Brazil I used to draw buildings, motorways & cityscapes viewed from above and using a realistic sense of perspective. Those old patterns have been a major influence of my current practice. One of my previous projects, the Vertigo Series (2008), explored the architectural views of London's Canary Wharf, from a bird’s eye perspective."

Developing on from the Vertigo series, each city in the Within series  is scanned in detail and then reconstructed digitally, street by street, building by building, “a process”, says André “that is quite meditative and require lots of patience...” Constructed as it is, as a composite of high definition images, scale is uncompromised and pinsharp detail spans the entire view.

“The images have a second strong link to my childhood memories. The large aerial cityscapes are reversed in post-production, simulating an urban digital blackout. Growing up in Porto Alegre, South Brazil, in the sixties, the re-occurrence of electricity power failures was just normal part of life.

Apart from the links to my own childhood, the concept explores architecture and its relationship with contemporary life. The large scale reversed prints depict cityscapes with a hyper real level of detail. The black skies (absence of clouds, birds, airplanes) give the images an illustrative quality (similar to an x-ray) which directs the viewers’ attention towards the buildings and the detailed architecture. Black skies are also a metaphorical reflection of the global economic crisis we all live beneath.”

It is this blackened sky, a void of darkness which draws the eye into the extraordinary detail of the luminous maze below. Cities, by their very nature are in a permanent state of reinvention and this series documents the dynamism of London and the evolution of our skyline in this decade. Buildings are indeed hyper real and recognisable yet at once cross over into the unreal, the oddly theatrical: extraordinary and incredibly enticing. 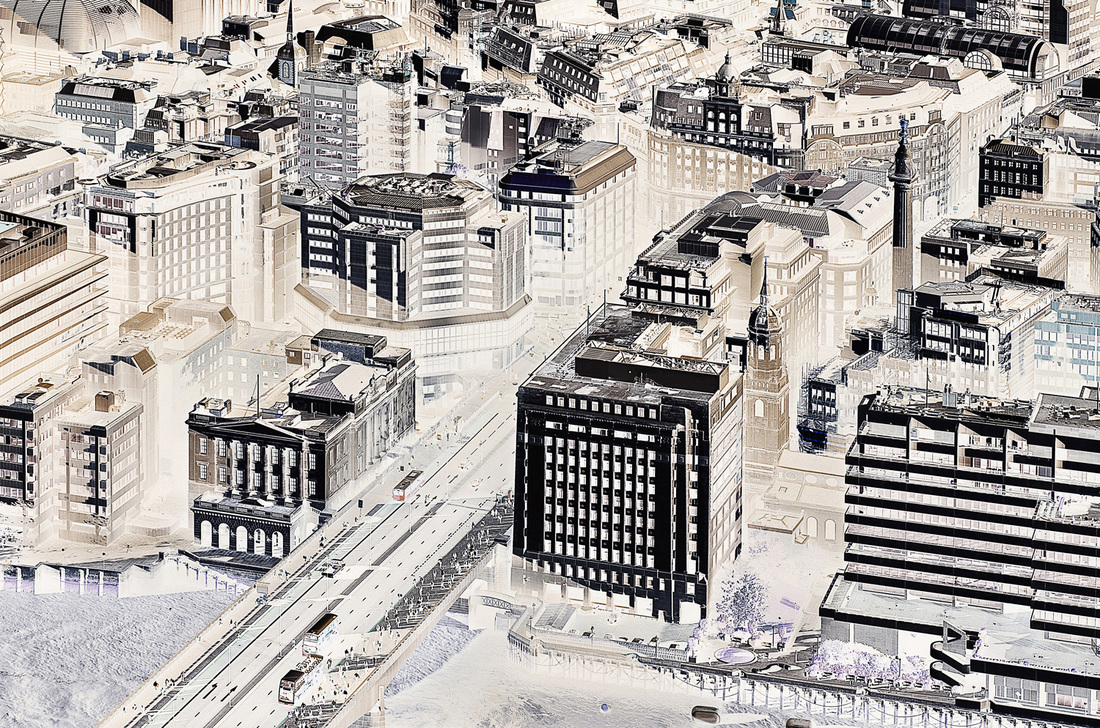 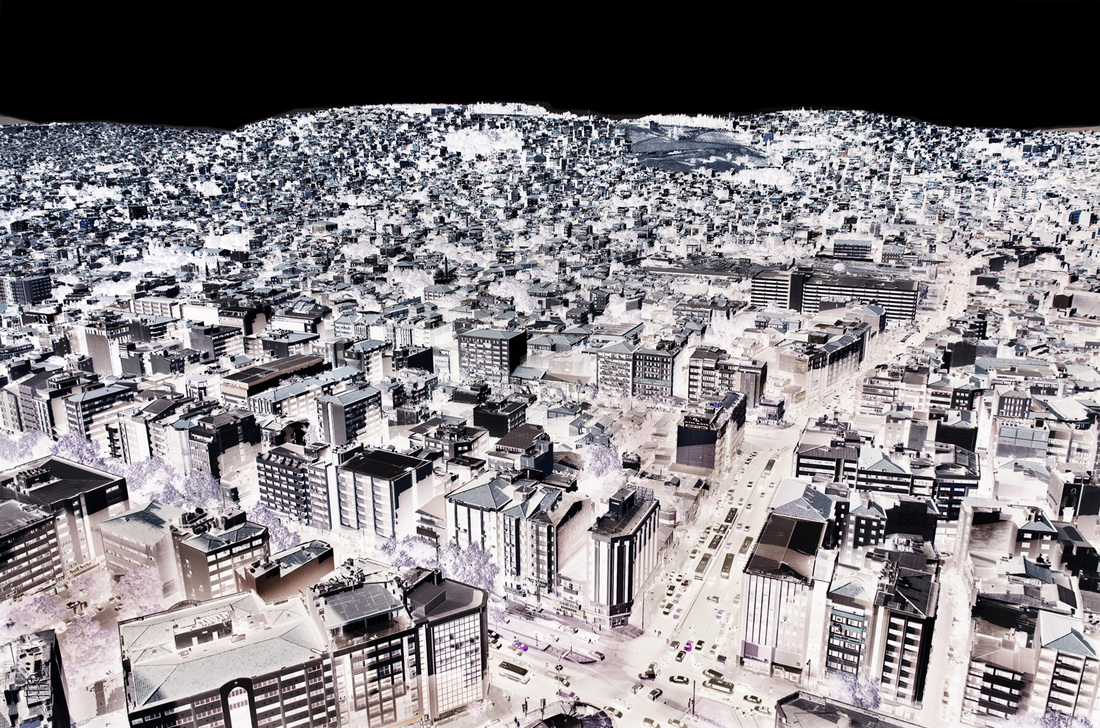 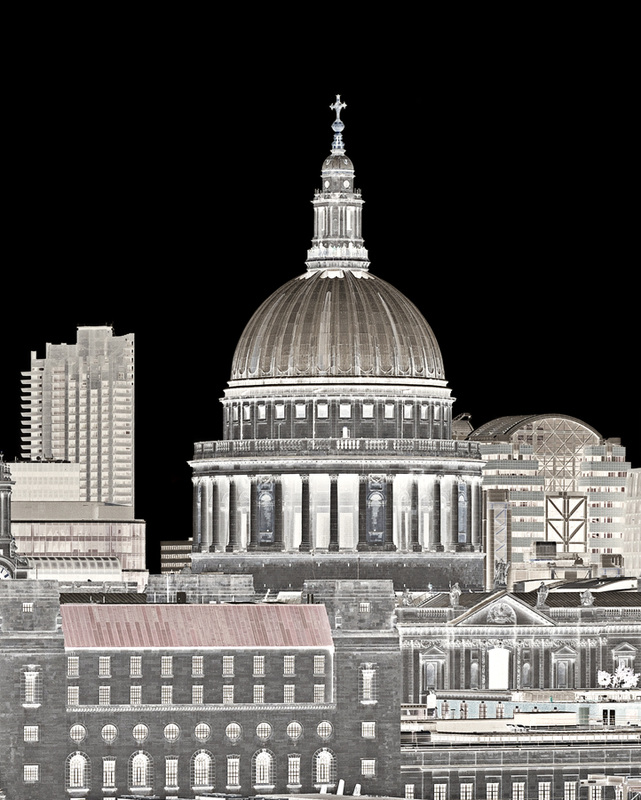 Detail 2 - A small architectural detail of Blackfriars 1 image, showing St. Paul's cathedral and one of the Barbican Centre towers in the background. 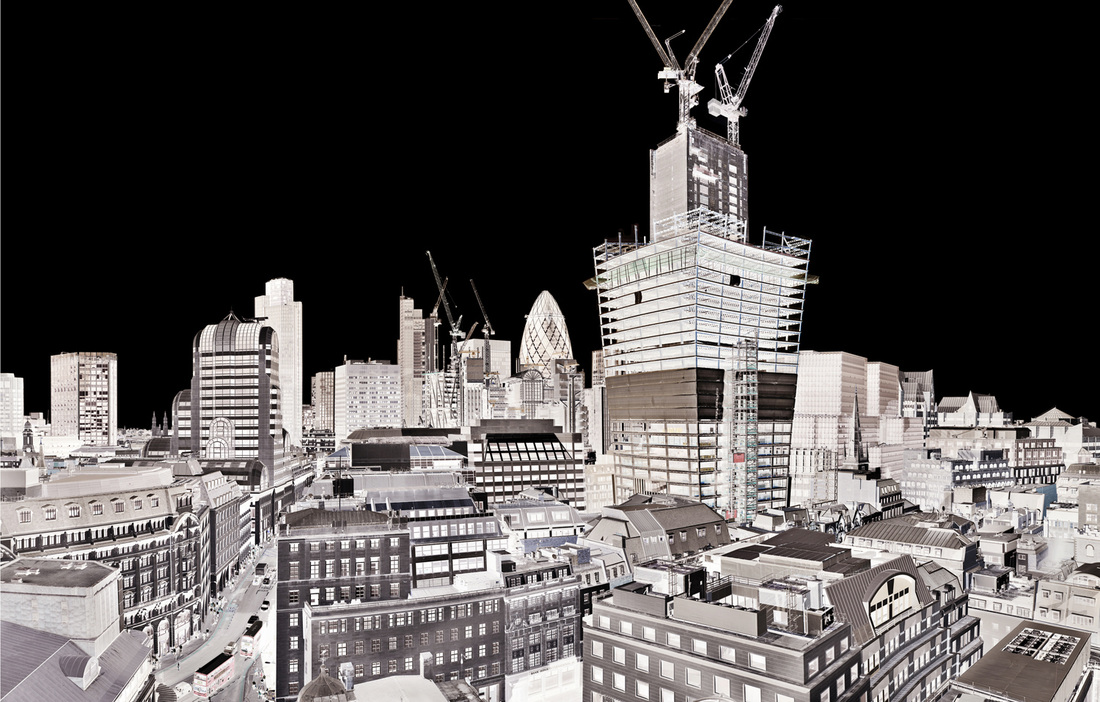 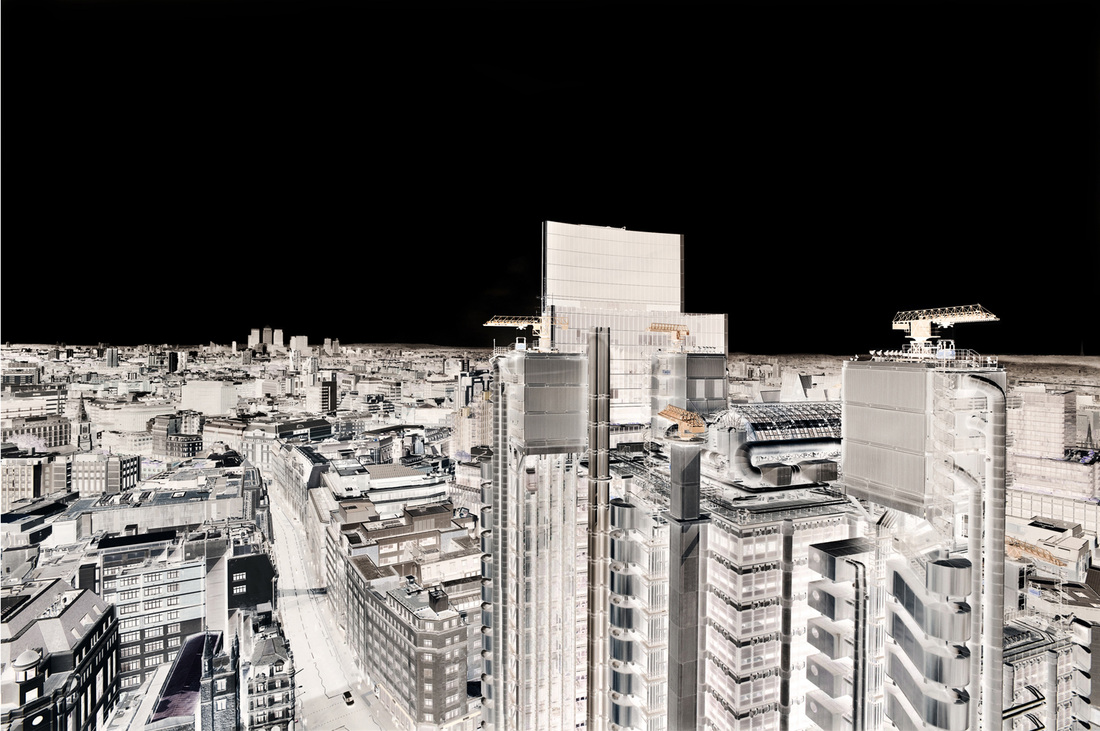